The dream of becoming a millionaire is so 20th century. Why limit yourself? It’s time to think big…really big.  That’s what each and every person did in these documentaries about billionaires.

Some may have married into wealth or inherited from their parents, but others were born with the rare talent it takes to build a billionaire fortune all on their own.

Either way, there are a lot of reasons to watch these billionaire documentaries.

Even a small lesson may take you one step forward to your own fortune.

In Becoming Warren Buffett, the king of billionaires, or at least the humblest, is profiled from birth until current day.

Warren Buffett’s story is inspirational for a ton of reasons – he’s a self-made billionaire, outrageously dedicated, and hard working.  He’s just like us!

Most importantly, this documentary lays out some of the critical traits that helped Buffett get to where he is.

All of these traits can be emulated, so there’s a ton that can be learned from this great billionaire documentary.

If there’s one billionaire we all know more than others, it’s Donald Trump and Trump: An American Dream follows the mogul from his young adult life up until his decision to run for president.

Trump’s life as a business-man-turned-billionaire is a fascinating and interesting one, full of lessons and anecdotes about what he did to become so wealthy…and whether it would have been possible for anyone else.

From the center of Manhattan to the shores of Atlantic City, Trump’s life is full of business success…and failure.

This is a really great billionaire documentary, both from a business perspective, as well as political (though not too strong on the politics!).

Definitely add it to your queue!

Related post: The Best Netflix Docuseries to Binge-Watch This Weekend

Betting on Zero is a great business documentary that profiles billionaire Bill Ackman as he makes a billion dollar bet against nutritional supplement giant Herbalife.

Bill Ackman is pretty sure he knows the answer, but he’s got a lot to prove if he wants to be right.

This is a great documentary about billionaires and perfect if you want a glimpse into the world of  Wall Street!

Naploeon Hill (author of Think and Grow Rich) based his entire career off of studying the uber wealthy, all after a chance encounter with possibly the world’s greatest billionaire, Andrew Carnegie.

Andrew Carnegie saw potential in Hill and not only took him under his wing, he also introduced him to other powerful men of their time – Harvey Firestone, Thomas Edison (seriously!), Henry Ford, and many more.

After a few successful books, Napoleon Hill finally created a documentary – Napoleon Hill’s Master Key – that lays out exactly what you need to do to become successful, based off of everything he observed from his billionaire counterparts.

Of all the documentaries about billionaires, this one will certainly provide you with the most tips to create your own wealth.  Be ready – it’s OLD. Like, really old.  But that only adds to the value and proves that the best lessons on building wealth are truly timeless.

For a billionaire documentary about abuse, power…and a whole lot of money…look no further than Jeffrey Epstein: Filthy Rich.

A name we all undoubtedly know by now, this new Netflix docuseries provides way more information about Epstein’s crimes (in case you aren’t familiar, they include peodophilia and sex trafficking), his secret life, and, of course, his immense wealth.

One thing that is truly eye-opening in this documentary is just how much power Epstein wielded in the world of politics…so much so that he was able to brazenly commit these crimes, all while ensuring he would never be held accountable.

The secret lives of the rich are certainly fascinating, but this one is also disturbing.  It’s a great docuseries about a billionaire though, with many influential faces that you’ll surely recognize.

Add it to your Netflix queue and fill your weekend with this binge-watch!

Agnelli is an inspiring documentary that tells the tale of Gianni Agnelli, playboy billionaire and head of Fiat, within the backdrop of post WWII industrialism.

What DiVinci was to Italy’s art and scientific renaissance, Gianni Agnelli was to Italy’s industrial renaissance.  He was a beacon of sexuality, power, and wealth. If that wasn’t enough, he captured the minds and hearts of everyone.  As the documentary puts it: “Every woman was in love with him. Every man wanted to be him.”

In addition to entertaining you, this documentary will inspire you to make a difference in the world, become your own person and to warn you against the person you don’t want to be.

This is a good one! Time to update your watchlist.

The Queen of Versailles

Not all billionaires have brilliant lessons to teach us. Some give us the valuable opportunity to learn from their mistakes…even if that wasn’t their intention.

In The Queen of Versailles, Jackie Siegel (wife to billionaire real estate mogul David Siegel) invites a film crew to follow the construction of the country’s largest home – her soon-to-be-home, to be exact.

Amidst the filming, however, the Siegel’s are hit by the real estate bubble and slowly start to lose their fortune.

This is a sometimes comical, but always entertaining documentary about billionaire lifestyles, big bets, and even bigger losses.  It’s one of our all-time favorites, so squeeze it into your watch list!

How to Be a Billionaire

How to Be a Billionaire profiles 3 different self-made billionaires: Naveen Jain, Dmitry Itskov, and Michael Birch.

Each made their wealth in different industries and now focuses on separate passions.

But one thing is similar with each of these men: they are outrageously passionate about their goals and think BIG.  We’re talking really, really, really big.

This is a quick watch, but you’re likely to have a lot of ah-ha moments.

Related post: How to Be a Billionaire Documentary Review

There’s a lot to learn from each one of these documentaries about billionaires, no matter how entertaining they may also be!  Let me know if you’ve seen other amazing billionaire documentaries and we’ll add them to the list! Happy watching. 🙂 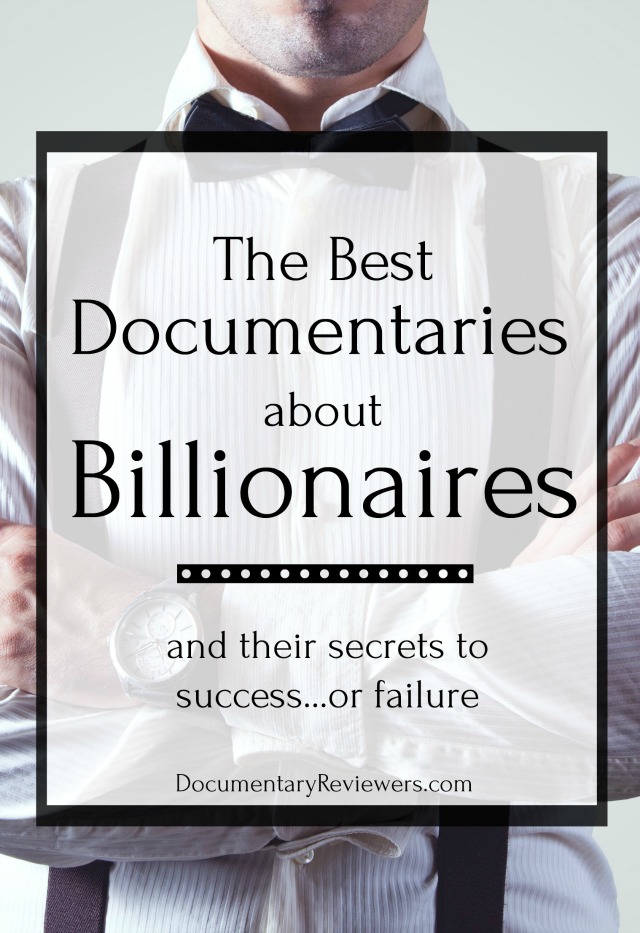 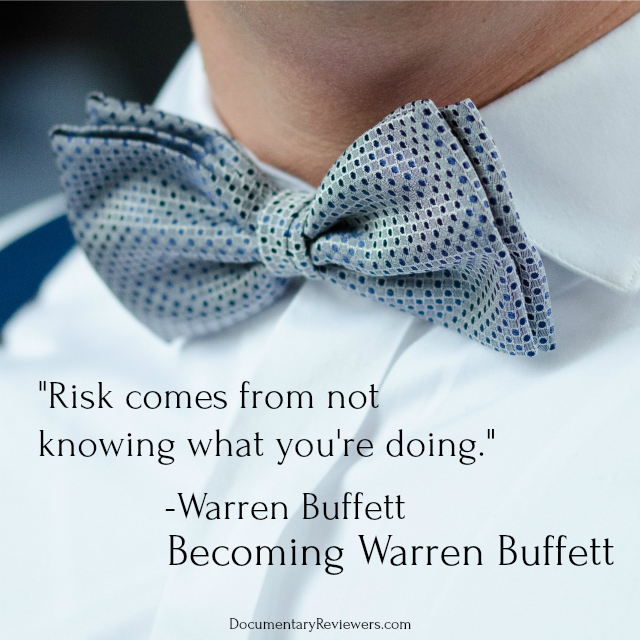