Looking for the best documentaries on Netflix?  We’ve got you covered. Over the years, Netflix has done a great job of building up a solid inventory of amazing documentaries and recently they’ve even delved into the documentary business themselves. In doing so, they’ve put out some outstanding films – ones you can only view as a Netflix subscriber. This combination of content has made them the go-to source for all-things documentary.

So if you’re unsure what to watch tonight, here are by far, the best documentaries on Netflix that you can watch right now:

Making of a Murderer

This documentary follows the life of Steven Avery, including the crime(s) he may or may not have committed.

Making of a Murderer didn’t just change Steven Avery’s life by giving him notoriety, it also gave him material for his case and had a serious impact on the lives of his (supposed) accomplice.

I don’t want to ruin it for you, so add this one to your Netflix queue and start watching!

Searching for Sugar Man is the dark horse of Netflix documentaries because you would never believe it’s one of the best…and probably have never heard of it.

Split between South Africa and the USA, Searching for Sugar Man tells the story of Rodriguez, a South Africa rock star…who never knew he was even famous.

Struggling in Detroit, Rodriguez’s music somehow makes it to South Africa and spreads like wildfire, but no one ever knew who the mysterious artist was.

Decades later, two avid fans set out to find out what really happened to Rodriguez, the man that changed South Africa.

This is an unbelievable documentary that needs to find its way onto your list, so add it to your queue!

Forks over Knives is eye-opening, shocking, and life-changing. It’s really that powerful.

It takes a scientific look at the effect that certain foods have on our body, with startling results.

Meat and dairy are the main culprits here and I assure you, what you think you know about them is really only a fraction of what you should.

If you care about your health, Forks over Knives is one to watch.

Fyre: The Greatest Party that Never Happened is a new addition to Netflix’s best documentaries and it is AMAZING.

It’s possible you remember the famed (and failed) Fyre Festival when it happened: a mega-party/concert that was supposed to happen in the Caribbean that basically failed upon take-off.

But you definitely don’t know all the details that happened behind the scenes and they’ll definitely blow your mind when you see them!

This documentary is not only a great production from Netflix, but also really interesting, captivating, and shocking.

It’s one that almost everyone will enjoy, no matter your favorite style!  So add this to the queue quick. You’re going to enjoy it.

Betting on Zero is certainly one of the best business documentaries on Netflix, giving you a glimpse into two different industries – investment banking and multi-level marketing firms.

The documentary follows Bill Ackman, a famous hedge-fund manager, as he makes a billion dollar bet that he can basically prove that herbal supplement giant Herbalife is nothing more than a gigantic pyramid scheme.

If you don’t quite understand the difference between multi-level marketing and a pyramid scheme, you will now, which quite frankly, is something everyone needs to know.

The glimpse into Bill Ackman’s life is also interesting and another plus to this great documentary.

13th is an eye-opening and shocking Netflix documentary that will completely change the way you think about our current prison system.

Not only does this documentary uncover disturbing injustices that happen in prisons this very day, but it also brings to light an equally disturbing reality – that the end of slavery didn’t really end enslavement of African Americans, it simply paved the way for the new American slavery: our current prison system.

13th is most definitely one of the best documentaries on Netflix right now, and another one that everyone should watch.

Related post: The 5 Best Prison Documentaries that Will Make You Rethink Everything

Through this amazing Netflix documentary series, you follow the Romanov family, led by Czar Nicholas II and Czarina Alexandra, during their last reign.

This Netflix documentary is a special one – not only is full of great information from an exceptionally important part of Russian history, but it’s also produced in a really entertaining way.

You think you’re about to watch a historic drama…and much of it is just that!  But it’s also intertwined with commentary from Russian historians that walk you through the true events of that era.

There’s romance, war, opulence… and crazy Rasputin.  What more do you need?

This is definitely one of the best documentaries on Netflix, so add it to the top of your queue!  You’ll LOVE it.

The True Cost introduces you to the world of fast fashion – an industry that has essentially turned clothing into disposable items – and the dire circumstances it has created.

Fast fashion has become so ingrained in our capitalistic society, that most of us completely take it for granted (or don’t even realize it exists).  We don’t care what went into making our $5 shirt, we’re just glad that we got to buy 2 different colors…just in case.

Well get ready to care.

The True Cost lifts the veil of fast fashion and reveals just how low companies will go to make cheap clothes.

This documentary is disturbing and shocking, but also one that everyone should have to watch.

The only time you really know if someone’s committed a crime is when they admit to it…right?

According to The Confession Tapes – wrong.

In each episode of this shocking docu-series, a real-life true crime drama unfolds, complete with a confession from the supposed guilty party.

But then things get fishy.  The confessions were coerced or illegally obtained. They weren’t real. Or were they?

This is definitely one of Netflix’s best docu-series and I assure you, it won’t leave your mind for a while!  If you enjoy true crime, then move The Confession Tapes to the top of your queue.

Food Inc. is possibly one of the greatest food documentaries that has ever been released.

As if the facts and information wasn’t enough, Food Inc. is also a tear-jerker, so be ready!

After watching this documentary, you’ll change the way you eat, shop, and vote.  It’s powerful enough that even if you’ve already seen it, it’s worth watching again.

The Fear of 13 is one of those documentaries that will keep you glued to the screen and thinking about the storyline long after you’ve finished the documentary.

Telling the unbelievable life story of Nick Yarris, The Fear of 13 features one – and only one – person throughout the entire film: Nick Yarris himself.

And what an amazing story-teller he is…with a life to match.

Most famous for his petition to have his death penalty carried out expeditiously, The Fear of 13 tells you exactly how he got to that point and the shocking consequences of that decision.

This is a great documentary for a lot of reasons, so no matter what your specific interest is, this one should be added to your Netflix queue!

Related post: 7 Amazing Documentaries that You’ve Never Heard of Before

Blackfish is an unforgettable documentary that profiles Tilikum, a killer whale living in captivity at Sea World that ends up killing his trainer.

The documentary uncovers the treatment of not just Tilikum, but of all killer whales in Sea World-type facilities and details the effects that captivity has on these large marine mammals.

Some of the things you see in this documentary will be with your forever.

The good news is that Blackfish was powerful enough to change Sea World policies, giving killer whales – and documentaries like this – a small win.

Get the tissues ready for this one!

Icarus will get you high on adrenaline! Pun intended.

If you think the Cold War is over, you’re wrong.  It just happens that the arms race is over, but the sports race has heated up.

During Bryan Fogel’s mission to expose doping concerns in amateur racing, a scandal of international proportions emerged.  This time with international sports.

Icarus is a story of a filmmaker, a rogue Russian whistle-blower, the KGB, the highest levels of the Russian government, and the Olympics.

If you think this is from a fiction novel, you’re wrong again.

Fed Up is yet another amazing food and health documentary, but with an extra gut-wrenching twist: it focuses on the food we’re feeding our children and the health implications it’s causing.

This documentary is shocking and disturbing.

Fed Up is a must-watch for any parent, regardless of what you feed your kids at home (there’s a big world out there…and not everyone is interested in your child’s health).

Here’s a little teaser for you: your child’s public school considers pizza to be a vegetable.

Time: The Kalief Browder Story tells the shocking and horrifying story of what happened to Kalief Browder, a 16-year old boy who was arrested and falsely accused of stealing someone’s backpack.

The petty theft that Browder ultimately was never convicted of triggered a series of shocking injustices that left Kalief trapped inside of New York’s Rikers Island Jail for three years, where he was assaulted, tortured, and mentally abused…all before becoming an adult.

This is an extremely powerful documentary series that will completely blow your mind and keep you glued to the screen at the same time.

I will be honest, I didn’t know much about Bitcoin before this documentary and I’m not sure I even cared….until I watched this, that is.

Banking on Bitcoin is outstanding.

Not only do you get an in-depth look at Bitcoin and its immense success, but you get a unique perspective into banking and financial laws that govern our money.

This documentary was a total surprise, but a true must-watch!

If religions or different cultures spark your interest, then One of Us absolutely needs to make it onto your Netflix queue.

By following 3 different Hasidic Jews, One of Us shows the immense heartbreak and difficulties associated with attempting to leave the ultra-orthodox community.

Even when faced with abuse and despair, many are forced to choose between their families and their freedom.

This documentary is a tearjerker, especially for parents, so have your tissues handy!

Related post: 4 Religion Documentaries that Will Fuel Your Curiosity

If ever there was a documentary that could change your life for the better, it would be The Secret.

Focusing entirely on the Law of Attraction, this documentary provides endless anecdotal evidence that your beliefs really can manifest just about anything – better health, career success, and even love.

To make things even easier, in addition to success stories, the documentary provides actionable advice and tips that you can use right away to get the Law of Attraction working in your favor.

You have nothing to lose by watching The Secret, but a whole lot to gain!

There you have it – the best documentaries on Netflix that can be watched right now!  So what’s stopping you?  Enjoy your night! Come back tomorrow for more! 😉 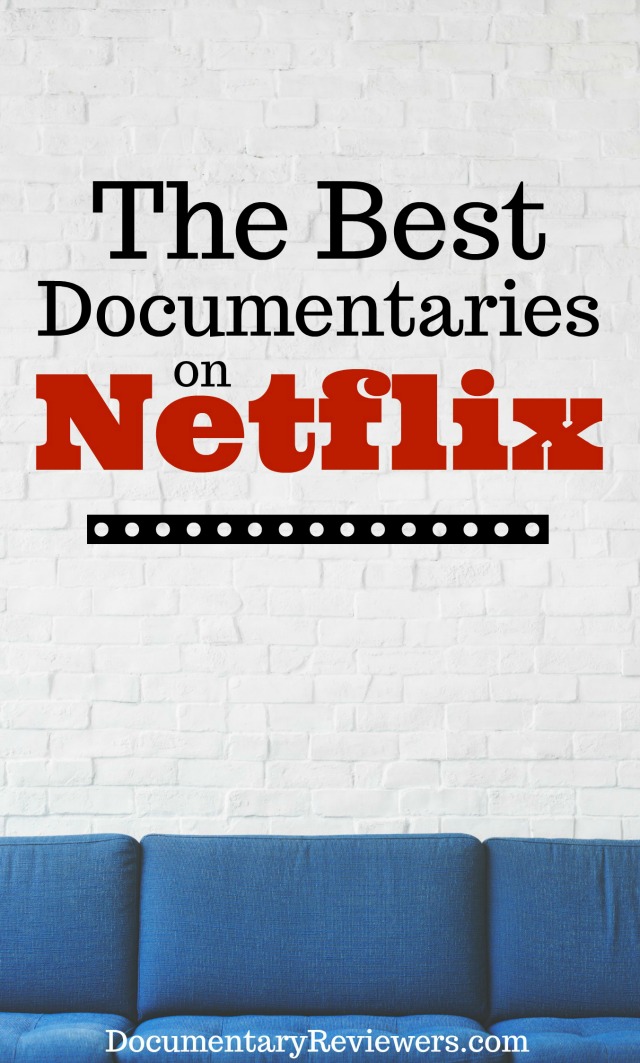 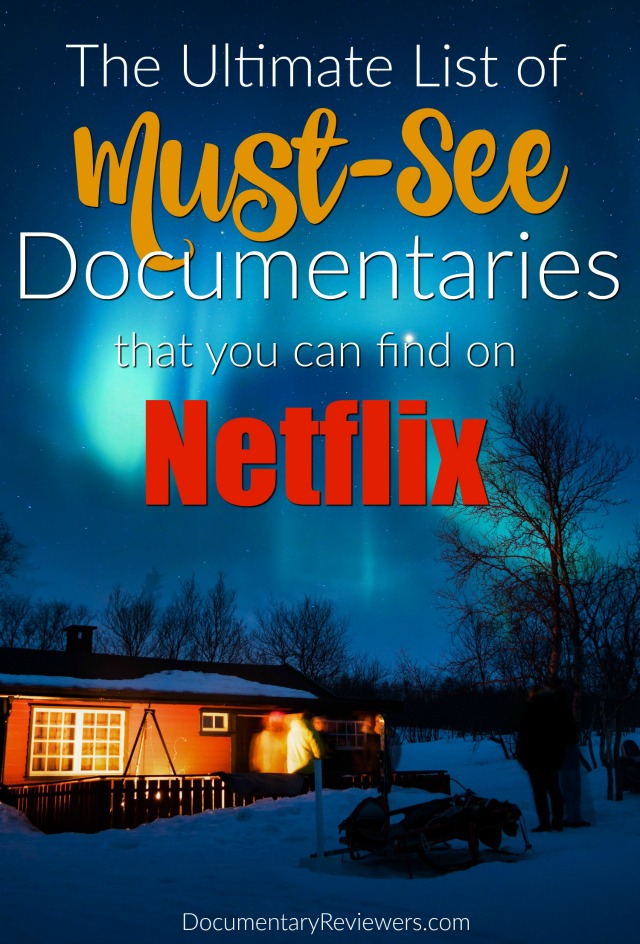