Religion documentaries are always fascinating, especially in a world where there are just so many!  From Catholicism and Judaism to Mormonism and Scientology, this list of the best religion documentaries features unique perspectives into some of the world’s most popular and secretive religions.

No matter what your specific faith is, these are the best religion documentaries currently available, so you can’t go wrong with any of them! You’ll learn a lot and definitely broaden your horizon.

Related Post: 9 Cult Documentaries that Will Leave You Shocked and Bewildered

One of Us profiles three different Hasidic Jews as they attempt to leave their ultra-orthodox communities.

While you get a glimpse into some of the unique routines and practices of the Hasidic lifestyle, what this religion documentary really focuses on are the extreme hardships tied to trying to leave the community….as well as the hardships that exist years later.

This Netflix religion documentary is as interesting as it is heartbreaking and definitely one of Netflix’s top documentary productions. If you are interested in different religions, you will certainly enjoy One of Us.

As one of the most recently established (and controversial) religions of our era, Scientology has drawn a lot of attention.

Going Clear: Scientology and the Prison of Belief sheds light on some of the darker sides of this new faith and will certainly stay with you long after you’ve finished the documentary.

Scientology’s celebrity status, their “auditing” techniques, and the immense difficulty faced by those trying to leave the church are all covered in this captivating film.

This is a really eye-opening documentary about Scientology, especially if your current knowledge of it only extends to Tom Cruise’s involvement.

Related Post: 6 Cult Documentaries that Will Leave You Shocked and Bewildered

Believer is a recently released documentary that focuses on a very specific area of the Mormon religion: their acceptance (or lack there of) of the LGTBQ community.

The Mormon faith has notoriously had a very harsh stance on its LGTBQ members and the effects are startling…including the highest teen suicide rate in the country.

While your heartstrings will certainly be pulled, Believer manages to be an extremely inspirational documentary and provide a lot of hope for much-needed change in a strong religion.

This is a great documentary and one you will certainly be glad you watched!

Related Post: The Best HBO Documentaries that You Can Stream Right Now

One Day in the Haram

One Day in the Haram is an unbelievable religion documentary that focuses on the Haram, the central point of Mecca (or Makkah), which is the ultimate destination for Muslims traveling during the Hajj (a global pilgrimage that all Muslims are supposed to experience at least once in their lives).

Not only is the footage of this documentary breathtaking and astonishing, but you’ll be pretty impressed by what it takes to manage a complex that is home to the largest gathering of people in the entire world.

And if you aren’t familiar with Islam, then the best part of this religion documentary is that you come away understanding way more about one of the world’s largest religions.

This is a surprisingly enjoyable film and definitely one of the best religion documentaries that doesn’t focus on the shortcomings of a particular faith. It’s worth a watch!

Mea Maxima Culpa: Silence in the House of God

Mea Maxima Culpa: Silence in the House of God is a startling and disturbing look into the sex abuse scandal that rocked the Catholic Church.

Produced by Alex Gibney – the same man who filmed Going Clear: Scientology and the Prison of Belief – this documentary is just as shocking and eye-opening.

Gibney focuses first on the large-scale abuse case of St. John’s School for the Deaf, one of the first abuse cases to gain attention…even if it was decades later.

From there, he dives so deep into the coverup and negligence that he finds himself at the Vatican, which further unravels this faith-altering scandal.

This documentary provides an unbelievably amount of detail about an episode of Catholicism that will likely never be forgotten.

It is definitely worth watching, especially if you have an interest in documentaries about religion.

He Named Me Malala

He Named Me Malala tells the story of Malala Yousafzai, a young girl who was shot by the Taliban for speaking out against their ban on education for girls.

While Malala may have always been an advocate, her attack and remarkable recovery turned her into one of the world’s most prominent advocates for girls’ education.

Through this documentary, you get a terrifying glimpse of the hold that the Taliban has on communities, but also a unique view of the fight that many Muslims are enduring to defend Islam and prevent it from being misrepresented.

This is a great documentary about a very powerful religion that is experiencing a devastating battle with extreme sects that are trying to change the face of what they truly stand for.

The Family has a unique perspective for a documentary about religion. It’s focus is on “The Family,” a religious organization based in Washington D.C., that has particularly strong ties to the US government…ties which, at times, are viewed as very controversial.

From the very beginning, The Family’s priority was to build strong relationships with men of power to spread the word of Jesus…something that may seem innocent enough, but when paired with US politics, can become very muddy.

So muddy, in fact, that they have been tied to Russian spies, African dictators, and controversial legislation that manages to slip under the radar.

This is a must-watch religion documentary on Netflix that will make you think long and hard about the role that religion should be playing in politics. Definitely add it to your queue!

A Girl in the River

A Girl in the River provides a disturbing look into the Islam religion’s notorious practice of honor killings.

Following Saba Qasier, a young woman who survived a devastating attack from her own father, this documentary shows not only how perverse this practice is, but just how difficult it is to get justice.

If you’re looking for a unique religion documentary that focuses on one terrifying aspect of Islam, this is the choice for you.

I hope you get a chance to add all of these documentaries about religion to your queue!  If you’re in the mood for some more fascinating documentaries, you may be interested in some of these: 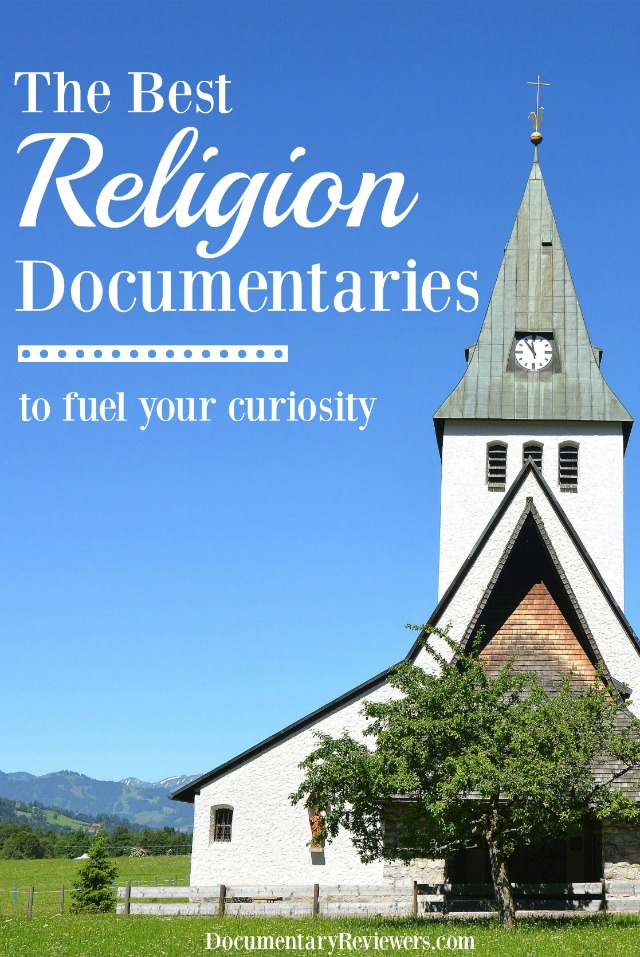