So much ground has been covered for the LGBTQ community, yet so much still needs to be won.  These amazing LGBTQ documentaries show both sides of that story – the fight that’s still happening and the war that has been waging for decades and centuries.

From fighting the Mormon Church to save teens from suicide to getting an inside glimpse of the iconic Harlem drag balls of the 80’s, you will see sides of the LGBTQ community that you never knew existed.

And of course, there’s inspirational accounts from celebrities, activists, and politicians that grew up in a time that was unforgiving to the LGTBQ community and thus have dedicated their lives to changing the perception.

Every single one of these films is worth watching!  They are definitely the best LGBTQ documentaries out there, so time to update your queue and clear your calendar.

Believer follows Dan Reynolds (head of the band Imagine Dragons) as he sets out to change the Mormon Church’s stance on accepting LGBTQ members in their community.

The Mormon Church’s treatment of the LGBTQ community has been notoriously harsh and unforgiving, creating the highest and most startling teen suicide rate in the country.

Dan himself is Mormon, which not only provides a great perspective to the documentary but more importantly, provides hope that most (or at least many) other Mormons feel the way he does – that the LGBTQ community needs to be accepted wholeheartedly and with no strings attached into the Mormon community.

Believer is one of the greatest and most inspiring LGBTQ documentaries to recently be released.

This is a must-watch documentary for everyone.

Paris is Burning is one of the few documentaries of the ‘90s that is truly timeless.

Set in 1980’s Harlem, Paris is Burning provides a glimpse into the world of drag balls, a captivating subculture that not only provided an important and much needed outlet for the gay and trans community, but also had a strong influence on pop culture for decades to come.

The ballroom scene is fascinating all on its own, but one of the best parts of Paris is Burning is getting to know some of the integral characters of the balls and their “Houses”, or families.

Paris is Burning is definitely one of the best LGBTQ documentaries on Netflix that can never be duplicated.  It’s a must-see!

Add this one to your Netflix queue!

We Were Here tells the devastating story of the AIDS epidemic that ravaged the gay community in San Francisco in the 1980’s.

The documentary is told by men who were present during what they can describe only as a war zone, so you get an inside account from people that worked in the hospitals, were infected themselves, and led the activist movement.

Nowadays, HIV and AIDS are better understood, so it’s shocking to hear and see what the LGBTQ community had to go through before there were answers, prevention, and treatment.

This is a really touching documentary that is as much a tribute to those who lost their lives as it is an important historic account of one of the hardest periods for the LGBTQ community.

The Case Against 8 is an extremely inspirational LGBTQ documentary that focuses on same-sex marriage. More specifically, it focuses on the fight to overturn California’s Proposition 8, which defined marriage as solely between a man and a woman.

While many of us may have watched events unfold through the news, nothing is as powerful as watching what happened behind the scenes.

Not only was this years-long case emotional and extremely important, but the case itself proved to be dramatic and very inspirational, from the moment the lawyers were chosen until the very end in the courtroom.

As is often the case, HBO did a phenomenal job producing this inspirational LGBTQ documentary on same-sex marriage.  This is definitely one of the best LGBTQ documentaries out there, so add it to your queue!

If you don’t have an HBO subscription and want to give it a try through Amazon Prime, you can get a free 7-day trial here → HBO 7-day Free Trial

By interviewing a dozen famous activists, actors, politicians and other prominent individuals, The Out List provides an amazing glimpse into the LGBTQ community.

Whether gay, lesbian, queer, or trans, each person has had a different experience that brought them to where they are.

While there have been important and significant steps towards marriage equality and full acceptance of the LGBTQ community, The Out List does a great job revealing the setbacks that still exist…and what needs to be done to fix that.

The Out List is definitely one of the best LGBTQ documentaries currently available on Netflix, so watch it while you can!

If you enjoyed The Out List, then The Trans List, which profiles 12 transgenders with different stories and experiences, needs to be the next LGBTQ documentary on your list.

Each person interviewed is prominent in the transgender community, which not only provides a powerful perspective, but also a Hollywood appeal.

Through the interviews, you get a glimpse into the unique struggles that each individual faced, as well as the common struggles of the whole transgender community – including struggles that separate them from the rest of the LGBTQ community.

This LGBTQ documentary provides a rare look at a subset of the LGBTQ community that is still in desperate need of support, both in combating ignorance and in developing legislation to protect them each and everyday.

Growing Up Coy follows the Mathis family during an exceptionally gut-wrenching period of their lives: going public with the discrimination that their transgender child, Coy, is facing – specifically, the decision of Coy’s school to not let her use the girl’s bathroom.

The right for transgender people to use the bathroom of their choice has been an extremely important ongoing LGBTQ battle and Coy’s case was a very important step during that process.

While this trans documentary provides just a small glimpse into what will likely be a lifelong battle for Coy, you are able to see what children in the transgender community have to sacrifice just to be themselves.

This is a great LGBTQ documentary on Netflix that draws attention to a very important segment of the LGBTQ community – children.

While there still is a lot of ground to cover for the LGBTQ community, important steps are being made everyday and with those steps will hopefully come some more amazing LGBTQ documentaries!

And I can assure you, we’ll be adding them as they come.  So check back for more. 😉 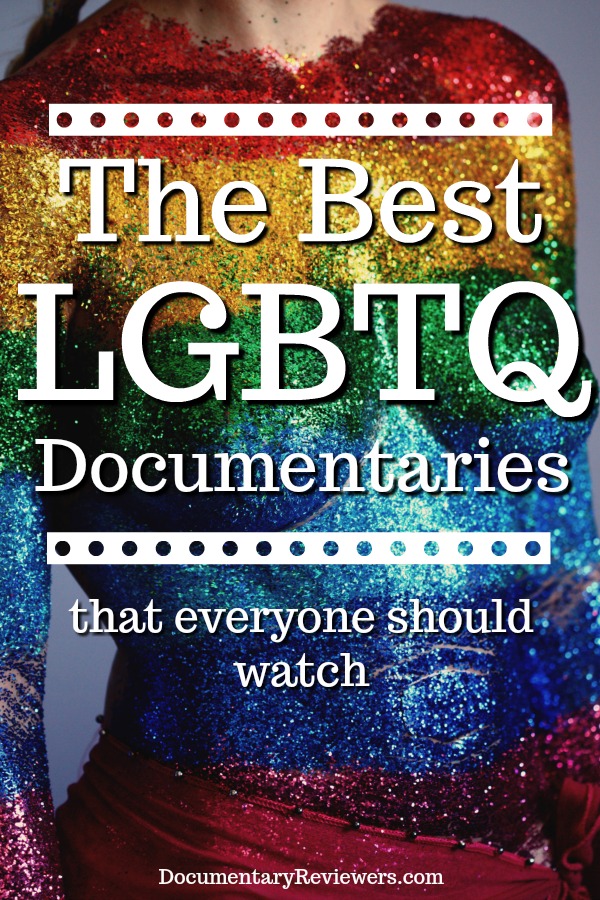